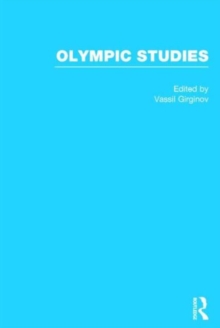 Modern Olympism emerged at the end of the nineteenth century as a philosophy of social reform that sought to use sport for the betterment of the world.

It drew on a number of intellectual and material sources, including the ancient Greek heritage, philosophical ideas of Enlightenment, the English educational system, and the emerging spirit of industrial capitalism and internationalism.

It is an eclectic and non-systematic body of knowledge, and has always been a controversial project.

Indeed, in the words of its founder, Pierre de Coubertin (1863-1937), Olympism is an 'unfinished symphony'. Interpretations of the fundamental tenets of Olympism concerning universalism, education, eligibility, independence from political and commercial interference, and fair play have been constantly negotiated and renegotiated through political, cultural, social, economic, and sporting struggles.

These interpretations are reflected in various editions of the Olympic Charter and in a multitude of academic studies. Edited and introduced by Vassil Girginov, this new four-volume collection from Routledge brings together key primary-source materials and the very best scholarship and commentary to elucidate and explore the evolution and interpretations of Olympism and its practical manifestation in the modern Olympic Games.

The collection includes archive materials (some of which are reproduced in facsimile to give users a strong sense of immediacy to the original texts), personal accounts of major figures, as well as critical scholarship.

Olympic Studies will also make readily accessible the best research produced under the auspices of Routledge's ambitious 2012 Olympic Collection whereby over forty Olympic-focused journal special issues from a wide range of disciplines appeared during 2012 and 2013. Fully indexed and with a comprehensive introduction, newly written by the editor, which places the collected material in its historical and intellectual context, Olympic Studies is an essential work of reference.

It is destined to be welcomed as a vital one-stop research tool.