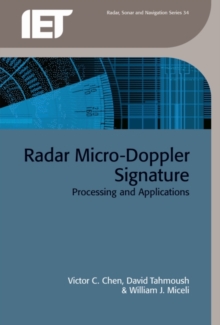 Part of the Radar, Sonar and Navigation series

The micro-Doppler effect appears as Doppler frequency modulations in coherent laser or microwave radar systems induced by mechanical vibrations or rotations of a target or any part on the target.