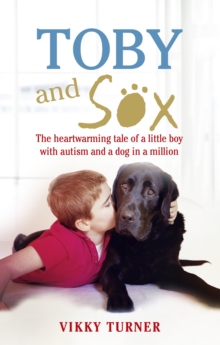 Toby and Sox : The heartwarming tale of a little boy with autism and a dog in a million Paperback / softback

"I just feel better now Sox is here. Before, I felt like I wanted to die. I couldn't even go to parties. Then Sox came along. It feels like our hearts are connected - I love him so much." TobyWhen Toby Turner was excluded from school for the third time for hitting and kicking his teachers, his family hit rock bottom.

Toby, who has autism, felt so upset by his own aggression, he told his parents they would be better off without him. Terrified, Toby's mum gave up her job as a nursery nurse to teach him at home while they found a place for him in a special school.

Eventually, the only way the family could get Toby out of the house was by giving him headphones, sunglasses and a cap to block out the world. After a difficult few years, the family was thrown a lifeline by the charity Dogs for Good, which introduced Toby to Sox.

The adorable three-year-old Labrador Golden Retriever was trained by the charity to help children with autism.

Within two weeks, he had turned Toby's life around. Together, as a family unit, and with Sox by their side, the Turners have learned to enjoy life again. 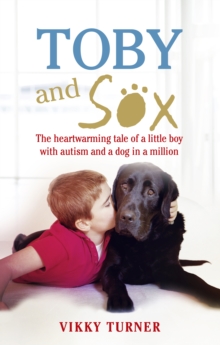