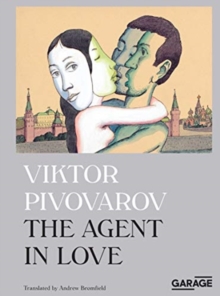 Part of the Artists Write series

The Agent in Love is more than an autobiography. In telling the story of his life in Moscow and Prague, and his renewedrelationship with Russia after the collapse of the Soviet Union, artist Viktor Pivovarov plunges the reader into the richcultural life of the artistic underground which existed behind the Iron Curtain in the 1960s and 1970s.

First publishedin Russian in 2001, and then by Garage Museum in 2016 in an expanded edition, The Agent in Love has now been translatedto English by Andrew Bromfield.