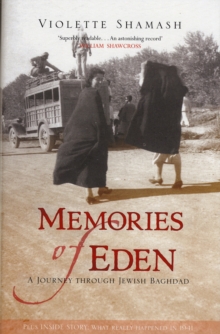 Memories of Eden : A Journey Through Jewish Baghdad Hardback

"Memories of Eden" evokes a bygone era - when pre-WW2 Baghdad was one-third Jewish and interfaith relations were harmonious.

This bittersweet memoir tells of a childhood spent in the city of Caliphs, Scheherazade and the land of the Garden of Eden, of traditions passed down over the generations, and captures vividly the elusive quality of a scene totally at odds with our image of today's Iraq.

As a privileged young woman growing up with her extended family in the city of The Thousand and One Nights, Violette re-lives the excitement of a vibrant society coming to terms with daily life, first under Ottoman, then British, and finally, pro-Nazi rule, which ended in disaster for the Jews of Iraq, who were brutally attacked in two days of slaughter in May 1941 while British troops stood by, under orders not to intervene.The pogrom, which sounded the death-knell for the oldest community in the Diaspora, has been sidelined in history. Now, in a final section in the memoir, the editors reveal the steps that led to the catastrophe and the British bungling that brought it about.

Like Anne Frank's diary, "Memories of Eden" tells of an easy and happy childhood, of growing maturity and sophistication, and then shrinking circumstances, victimisation and, finally, flight. 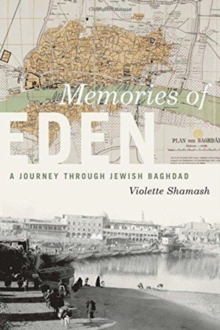