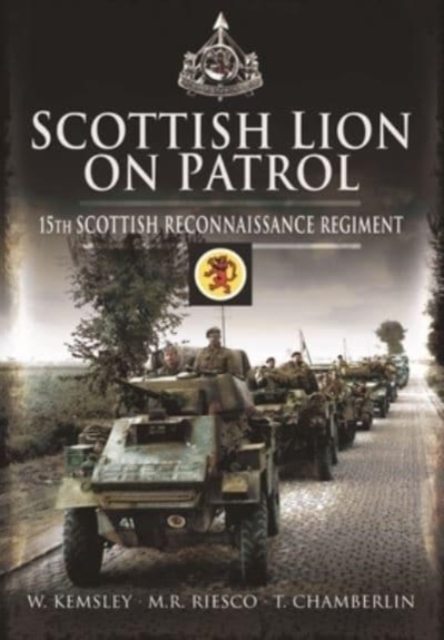 Scottish Lion on Patrol was first published in 1950, the record of the 15th Scottish Reconnaissance Regiments formation, training ands service in the campaign that took them from Normandy to the Baltic.

They played a key role in the liberation of Europe and the Regiment was unique in that it was in the forefront of the crossings of the Rivers Seine, Rhine and Elbe.

The troops who landed in Normandy were highly trained but most of them had not experienced actual combat; however they very quickly learned the skills necessary to survive and defeat a cunning and resourceful foe.

Full of eye-witness accounts, this is a true story of a real Band of Brothers, the original work being faithfully reproduced and significant new material from personal recollections which are graphic, moving and occasionally humorous.