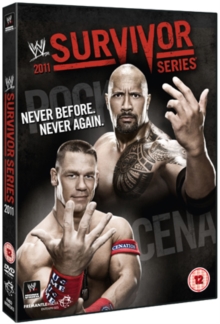 Coverage of the wrestling event which took place at Madison Square Garden in New York City in November 2011.

The event saw The Rock compete in WWE for the first time since 2004.

The returning star teamed up with John Cena to take on The Miz and R-Truth in a tag team match.