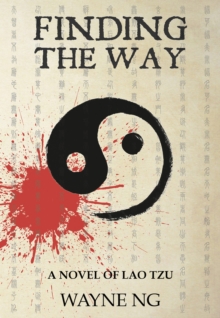 Finding the Way : A Novel of Lao Tzu Paperback / softback

In the sixth century BC, the legendary philosopher Lao Tzu seeks redemption and an opportunity to spread his beliefs by joining the royal court, but is greeted by a vainglorious King, a mad Queen and a deadly struggle for power in progress between the twin princes.

In one of them, the thoughtful but hesitant heir to the throne Prince Meng, he discovers a prot g .

But Lao Tzu's ideas of peace and natural order leave him ill-prepared for the intrigue of the palace and the noxious rivalry between Meng and his younger twin brother, the bold and decisive Prince Chao.

Confucius arrives and allies with Chao, thus raising the stakes for control of the dynasty culminating in a venomous clash between Taoism and Confucianism.

With the King ailing and war imminent, Lao Tzu is betrayed and accused of spying.

The Master Philosopher must cast aside his naivete and idealism to fight for his life.