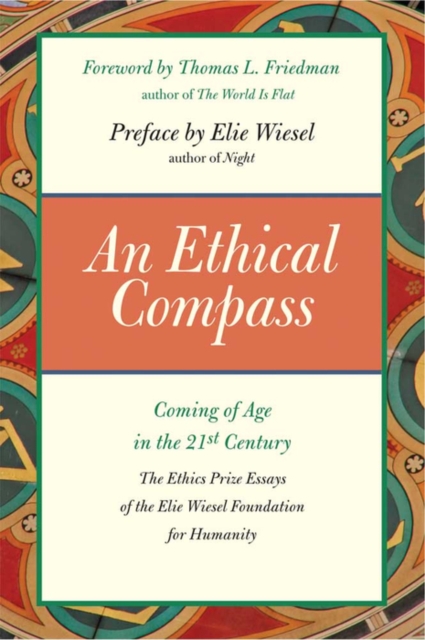 An Ethical Compass : Coming of Age in the 21st Century EPUB

In 1986, Elie Wiesel received the Nobel Peace Prize in recognition of his victory over "the powers of death and degradation, and to support the struggle of good against evil in the world." Soon after, he and his wife, Marion, created the Elie Wiesel Foundation for Humanity. A project at the heart of the Foundation's mission is its Ethics Prize-a remarkable essay-writing contest through which thousands of students from colleges across the country are encouraged to confront ethical issues of personal significance. The Ethics Prize has grown exponentially over the past twenty years.

"Of all the projects our Foundation has been involved in, none has been more exciting than this opportunity to inspire young students to examine the ethical aspect of what they have learned in their personal lives and from their teachers in the classroom," writes Elie Wiesel. Readers will find essays on Bosnia, the genocide in Rwanda, sweatshops and globalization, and the political obligations of the mothers of Argentina's Disappeared. Other essays tell of a white student who joins a black gospel choir, a young woman who learns to share in Ladakh, and the outsize implications of reporting on something as small as a cracked windshield. Readers will be fascinated by the ways in which essays on conflict, conscience, memory, illness (Rachel Maddow's essay on AIDS appears), and God overlap and resonate with one another.

These essays reflect those who are "sensitive to the sufferings and defects that confront a society yearning for guidance and eager to hear ethical voices," writes Elie Wiesel. "And they are a beacon for what our schools must realize as an essential component of a true education."