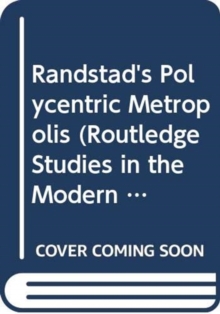 The Randstad : A Polycentric Metropolis Hardback

The Randstad metropolitan region encompassing Amsterdam, The Hague, Rotterdam and Utrecht in the western Netherlands is regarded worldwide as a model of a 'successful' polycentric metropolis.

It is widely cited as an example of how a region of interconnected small cities can effectively compete globally by providing complementary functions which together match the power of large monocentric cities.

The operation of the Randstad as a polycentric networked region is controversial both in terms of the actual strength of relations between its component parts, and the value of promoting polycentricity in policy.

What are the costs and benefits of a Randstad metropolis?

Does polycentricity improve the performance of the region in economic, social and environmental terms?

How has the polycentric metropolis evolved and what part is played by its delta location?

Has spatial planning made a difference in the form and operation of the region today?

How will this spatial configuration fare in the face of the climate crisis and need to create healthy cities and regions?

Is there benefit in pursuing the idea of a polycentric metropolis in government policy and action, and how?These questions are of critical interest within the Netherlands but experience in the Randstad offers valuable insights to many other complex urban regions around the world.

This book will provide a critical analysis of the Randstad and lessons for strategic planning in other metropolitan regions. 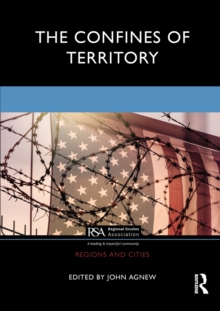 The Confines of Territory

The Political Economy of Mega Projects...