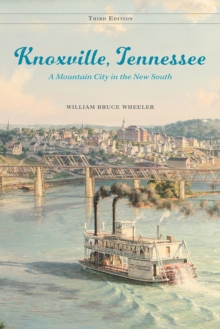 This third edition of Knoxville, Tennessee: A Mountain City in the New South includes a new preface and a valuable new chapter covering the period from the death of Cas Walker to the end of the administration of Madeline Rogero, Knoxville's first female mayor. Wheeler argues that, until very recently, like Jay Gatsby in The Great Gatsby (1925), Knoxvillians had fabricated for themselves a false history, portraying themselves and their city as the almost impotent victims of historical forces that they could neither alter nor control.

The result of this myth has been a collective mentality of near-helplessness against the powerful forces of isolation, poverty, and even change itself.

But Knoxville's past is far more complicated than that, for the city contained abundant material goods and human talent that could have been used to propel Knoxville into the ranks of the premier cities of the New South-if those assets had not slipped through the fingers of both the leaders and the populace.

In all, Knoxville's history is the story of colliding forces-country and city, North and South, the poor and the elites as well as the story of colorful figures, including Perez Dickenson, Edward Sanford, George Dempster, Carlene Malone, Bill Haslam, and Madeline Rogero, among many, many more.While challenges related to public health, income inequality, racism, and the environment remain, Wheeler detects the possibility that the myth Knoxvillians have clung to may finally be fading.

Downtown development by vibrant local entrepreneurs, a government more responsive than ever before, and an economy that endured a severe economic downturn only to turn out brighter than expected are all symptoms of a Knoxville that may be ready to take its place in the rising urbanism of twenty-first-century America. 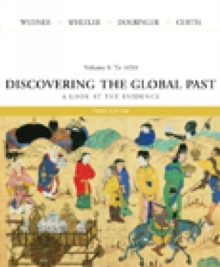 Discovering the Global Past