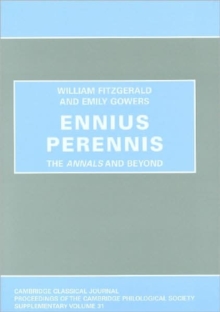 Ennius Perennis : The Annals and Beyond Hardback

Ennius Perennis: the Annals and Beyond is a collection of eight essays by an international group of scholars on different aspects of the poetry and legacy of Quintus Ennius (239-169 BC). Ennius' epic poem the Annals and his many other works, including tragedies, satires and epigrams, survive only in mystifying fragments, but his influence on Latin poetry was enormous.

He is now beginning to be appreciated, thanks both to excellent critical editions and to more enlightened literary and historical approaches, as a complex and varied poet and a fascinating representative of an era of intense cultural and political change.

While they acknowledge the extent to which later authors are responsible for creating a misleading perception of Ennius as monolithic, jingoistic and clumsy, these essays also reflect on what can be said about the nature and aims of his work, given the limitations of our evidence.

Subjects discussed include Cicero's "invention" of Ennius, the part played by the cor (heart) in unifying Ennius' literary project, the possibility of "further voices" and a role for women in Ennius, Virgil's fraught "father-son" relationship with his epic predecessor and Ennius' later reincarnation in the works of Horace and Petrarch.

The collection is likely to appeal to all who are interested in Latin literature, literary history or reception studies. 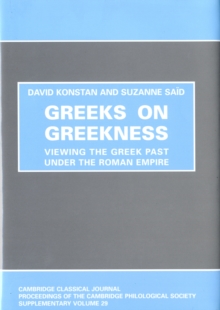 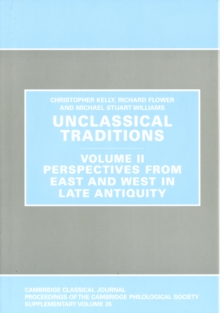 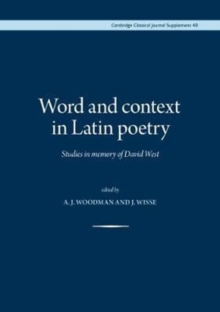 Word and Context in Latin Poetry