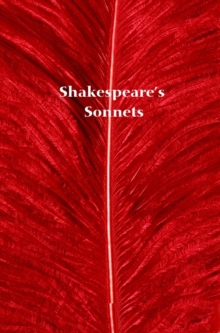 Shakespeare's Sonnets is the most famous collection of love poems in the English language.

Beautiful, poignant, and intriguing, they describe the poet's passionate friendship with a young man, his friend's seduction by the poet's own mistress, his friend's relationship with a rival poet, and most famously, Shakespeare's humiliated infatuation with the Dark Lady, `a woman coloured ill', who, far from being the marble-hearted femme fatale offashionable sonnet sequences, is `the bay where all men ride'. These 154 poems have aroused speculation ever since they were written: who are the poet's handsome friend, his rival, and the Dark Lady?

Who is the mysterious Mr W. H., 'the onlie begetter of these insuing sonnets', to whom the publisher dedicated them?

Despite much laboured study on the subject, the poems have kept their secrets. The poems are presented here, with an informative introduction and in a freshly edited text, along with A Lover's Complaint and little-known alternative versions of four of the sonnets.