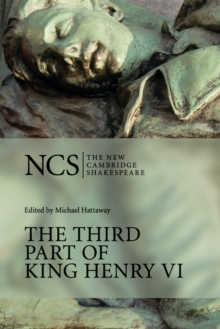 Shakespeare's plays about the reign of King Henry VI were written at the beginning of his career.

A recent series of outstanding productions has demonstrated their theatrical vitality, and their sceptical questioning of Elizabethan orthodoxies has been understood through revisionist readings of the history of Shakespeare's own times.

In The Third Part of King Henry VI, Shakespeare extends his essay on monarchical politics by contrasting two kings, the good but ineffective Henry VI with his rival, the sensual and victorious Edward IV.

He also shows the perils of aristocratic factionalism in a series of scenes that display the grievous wounds caused by the Wars of the Roses.