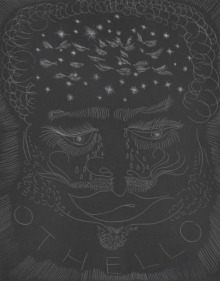 Part of the Seeing Shakespeare series

Othello is one of Shakespeare's most contemporary and moving plays, with its emphasis on race, revenge, murder, and lost love.

Chris Ofili's new edition highlight's the tragedy of Othello's plight in ways no other previous edition of this play has. In twelve etchings Ofili has produced to illustrate this play, Othello is depicted with tears in his eyes, which flow below various scenes visualized in his forehead.

Ofili asks us to see in Othello the great injustices that still plague the world today.

These images add feeling to Shakespeare's words, and together they form their own hybrid object-something between a book and a visual retelling of the tragedy.

With a foreword by the renowned critic Fred Moten, this edition is the first of its kind and puts Othello's blackness and interiority front and center, forcing us to confront the complex world that ultimately dooms him. The first play in the Seeing Shakespeare, Othello is illustrated by English contemporary artist Chris Ofili.

Future titles in the series include A Midsummer Night's Dream illustrated by Marcel Dzama, and The Merchant of Venice with images by Jordan Wolfson.

Also in the Seeing Shakespeare series 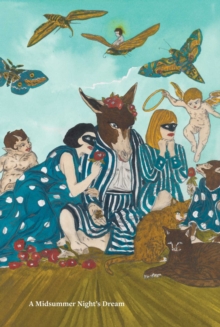