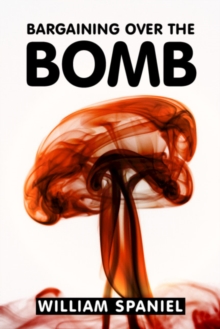 Bargaining over the Bomb : The Successes and Failures of Nuclear Negotiations Paperback / softback

by William (University of Pittsburgh) Spaniel

Can nuclear agreements like the Iran deal work? This book develops formal bargaining models to show that they can over time, despite apparent incentives to cheat.

Existing theories of nuclear proliferation fail to account for the impact of bargaining on the process.

William Spaniel explores how credible agreements exist in which rival states make concessions to convince rising states not to proliferate and argues in support of nuclear negotiations as effective counter-proliferation tools.

This book proves not only the existence of settlements but also the robustness of the inefficiency puzzle.

In addition to examining existing agreements, the model used by Spaniel serves as a baseline for modeling other concerns about nuclear weapons.