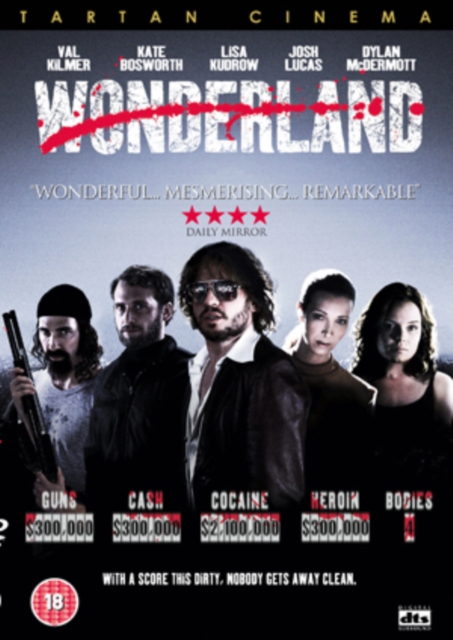 John Cox directs this dark, tangled Los Angeles murder tale based on the real quadruple homicide in Laurel Canyon's Wonderland Avenue in the summer of 1981.

He becomes implicated in the murders of four members of the Wonderland Gang after the police investigation uncovers a dangerous world of violence and gangland rivalry surrounding Holmes, his wife Sharon (Lisa Kudrow) and his innocent teenage girlfriend, Dawn (Kate Bosworth).