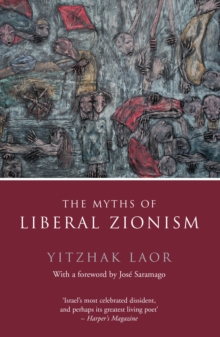 Yitzhak Laor is one of Israel's most prominent dissidents and poets, a latter-day Spinoza who helps keep alive the critical tradition within Jewish culture.

In this work he fearlessly dissects the complex attitudes of Western European liberal Left intellectuals toward Israel, Zionism and the "Israeli peace camp." He argues that through a prism of famous writers like Amos Oz, David Grossman and A.B.

Yehoshua, the peace camp has now adopted the European vision of "new Zionism," promoting the fierce Israeli desire to be accepted as part of the West and taking advantage of growing Islamophobia across Europe.

The backdrop to this uneasy relationship is the ever-present shadow of the Holocaust.

Laor is merciless as he strips bare the hypocrisies and unarticulated fantasies that lie beneath the love-affair between "liberal Zionists" and their European supporters.