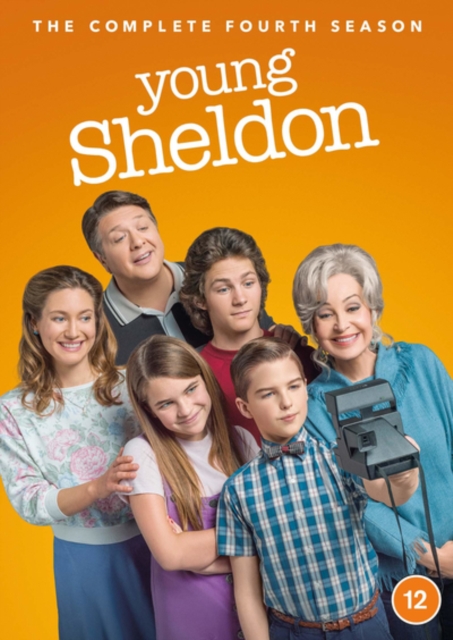 All 18 episodes from the fourth season of the comedy spin-off of 'The Big Bang Theory' starring Iain Armitage as a young Sheldon Cooper.

In this season, Sheldon graduates high school and heads off to college.

The episodes are: 'Graduation', 'A Docent, A Little Lady and a Bouncer Named Dalton', 'Training Wheels and an Unleashed Chicken', 'Bible Camp and a Chariot of Love', 'A Musty Crypt and a Stick to Pee On', 'Freshman Orientation and the Inventor of the Zipper', 'A Philosophy Class and Worms That Can Chase You', 'An Existential Crisis and a Bear That Makes Bubbles', 'Crappy Frozen Ice Cream and an Organ Grinder's Monkey', 'Cowboy Aerobics and 473 Grease-Free Bolts', 'A Pager, a Club and a Cranky Bag of Wrinkles', 'A Box of Treasure and the Meemaw of Science', 'The Geezer Bus and a New Model for Education', 'Mitch's Son and the Unconditional Approval of a Government Agency', 'A Virus, Heartbreak and a World of Possibilities', 'A Second Prodigy and the Hottest Tips for Pouty Lips', 'A Black Hole' and 'The Wild and Woolly World of Nonlinear Dynamics'.