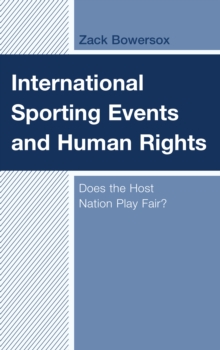 Part of the Lexington Research in Sports, Politics, and International Relations series

Questions have recently been raised about the political consequences a state experiences when hosting an international sporting event. As the Olympics and FIFA World Cup have visited Brazil and Russia, and the latter is slated to visit Qatar, issues regarding human rights, poverty, and human trafficking have seemingly appeared as frequently in media coverage as the results of competition. This text begins to build an understanding of just how a state's human rights are influenced by both the want and actual experience of hosting. It finds that hosts behave differently when the eyes of the world are on them and that these events do produce positive effects on a state's level of respect for human rights.

Yet, it also identifies those areas in which hosts, organizations like the IOC and FIFA, and the international sports regime can help to strengthen and expand human rights 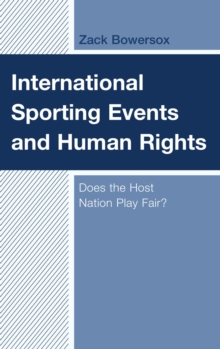