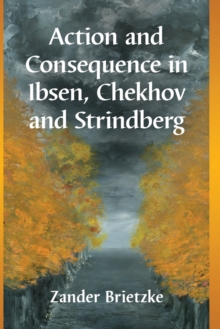 Action and Consequence in Ibsen, Chekhov and Strindberg Paperback / softback

Henrik Ibsen (1828-1905), Anton Chekhov (1860-1904) and August Strindberg (1849-1912), leaders and innovators of modern drama, create characters that cling pathologically to a single objective that blinds them to better options for health and happiness.

Ibsen leads the way with A Doll House, Hedda Gabler and The Master Builder, in which the protagonists impose their will upon the world in order to make it conform to their personal visions.

Invariably they fail at this endeavor and discover a new reality beyond their control.

Almost in opposition to Ibsen, Chekhovian characters refuse to do anything, but instead dramatize their lives as if they were actors in a play (which they are!).

In The Seagull, for example, Masha wears all black and declares, theatrically, in the opening scene, that she is in mourning-for her life!

Strindberg, finally, synthesizes the intractable squabbles between men and women in plays such as The Dance of Death and The Ghost Sonata, and suggests that humanity can only transcend the brutality of existence in life beyond death.

Together, the trajectories of dramatic characters in Ibsen, Chekhov and Strindberg provide readers with perspectives with which to direct their own actions in the real world of today. 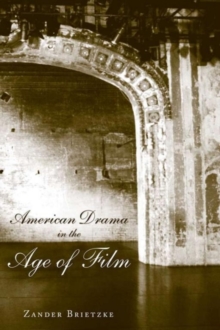 American Drama in the Age of Film 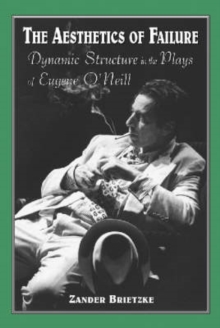 The Aesthetics of Failure