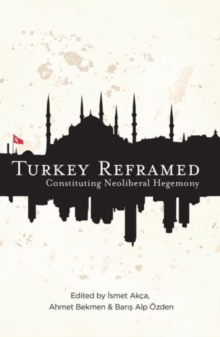 The first decade of the 2000s was a period of radical change in Turkish society and politics, marked by the major economic crisis of 2001 and the coming to power of ex-Islamist cadres organised under the Justice and Development Party (AKP).

As the 'Turkish model' gains traction across the Middle East, this chronicle of Turkey's recent history dispels some important myths.

This period of radical change, with its continuities and breaks, pays close attention to the AKP, the main actor in the creation of a neoliberal hegemony in post-1980 Turkey.

The contributors map relations between the AKP and the Kurdish people, the evolution of Turkish nationalism under the AKP and look at how everyday politics, from social welfare to housing, have been effected by the AKP's 'stabilisation strategy'.

What is revealed is modern Turkey's conflictual, turbulent and painful recent histories, which vary wildly from the national myths that sustain neoliberal hegemony in the country.