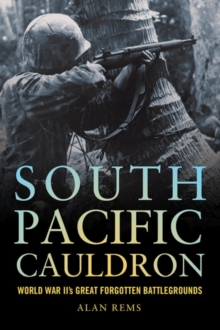 The war in the South Pacific in its entirety has remained remarkably neglected by historians.

This is the first comprehensive narrative history covering all land, sea and air operations in the theatre to the end of World War II.

While Guadalcanal is familiar to most Americans and the Kokoda Trail is well known to Australians, the war in the South Pacific includes many now forgotten operations that deserve to be well remembered.

This volume finally brings the major Australian contribution to the fore, recognising too the valuable part played by New Zealand forces in the Solomons campaign.

The dramatis personae could hardly be improved upon, including brilliant and imperious General Douglas MacArthur, audacious and profane Admiral William "Bull" Halsey, and bibulous and indelicate Australian General Thomas Blamey.

No less interesting are many others that will be mostly new to readers, many from the Japanese side, including indomitable generals Noboru Sasaki and Hatazo Adachi.

As for the fighting men, many of their stories are captured in accounts of the actions for which they were awarded the Congressional Medal of Honor, Victoria Cross, and other decorations for valour.

Three chapters are of special interest. Based on the author's archival research, Chapter 10 tells through confidential correspondence the remarkable story of the death of the top Marine general in the Pacific and its cover-up sanctioned by Halsey.

Chapter 23 concerns the first African-American ground troops in combat and tells how the performance of one company on Bougainville resulted in a reversal of that policy.

Chapter 26 involves Blamey's questionable decision to eradicate the isolated Japanese forces, forcing his Australian militia to risk their lives knowing their sacrifices could make no difference in the outcome of the war. 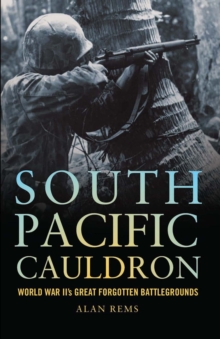 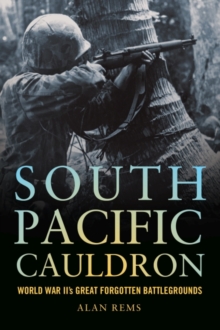