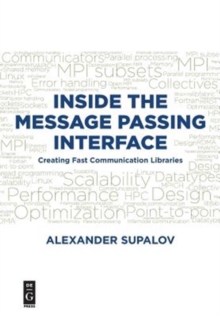 A hands-on guide to writing a Message Passing Interface, this book takes the reader on a tour across major MPI implementations, best optimization techniques, application relevant usage hints, and a historical retrospective of the MPI world, all based on a quarter of a century spent inside MPI.

Readers will learn to write MPI implementations from scratch, and to design and optimize communication mechanisms using pragmatic subsetting as the guiding principle.

Dr. Alexander Supalov created the Intel Cluster Tools product line, including the Intel MP Library that he designed and led between 2003 and 2015.

He invented the common MPICH ABI and also guided Intel efforts in the MPI Forum during the development of the MPI-2.1, MPI-2.2, and MPI-3 standards.

Before that, Alexander designed new finite-element mesh-generation methods, contributing to the PARMACS and PARASOL interfaces, and developed the first full MPI-2 and IMPI implementations in the world.

He graduated from the Moscow Institute of Physics and Technology in 1990, and earned his PhD in applied mathematics at the Institute of Numerical Mathematics of the Russian Academy of Sciences in 1995. 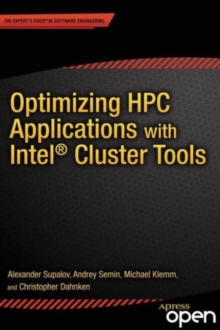 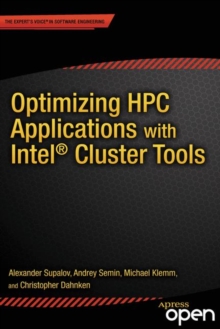 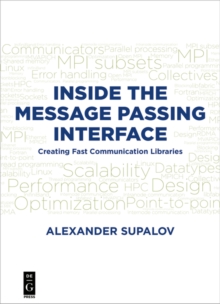 Inside the Message Passing Interface