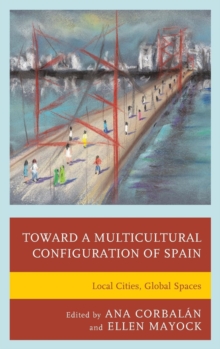 This collection of essays explores cultural phenomena that are shaping global identities in contemporary Spain.

This volume is comprised of twenty essays that examine literary, documentary, and film representations of the multicultural configurations of Spain.

All of the essays treat multiculturalism in Spain, focusing on reconfigured Spanish cities and neighborhoods through Latin American, African, and/or Eastern European migrations and cultures.

Principal themes of the volume include urban space and access to resources, responses to the economic crisis, emerging family portraits, public versus private spaces, the local and the global, marginalities, migrations, and public expression of human and civil rights.

This project examines the intercultural exchange that takes place in recent productions against an imaginary homogeneous Spanish national identity.

These films, documentaries, and narratives seek to unsettle the Spanish preconceptions of the "Other(s)." Therefore, these texts construct a hybrid concept of the nation in which perceived national identities can be altered by interactions with other cultures from a broader world. The originality of the work lies in its focus on contemporary Spanish literature, documentaries, and fictional film to foment exploration of how Spanish cities, big and small, are experiencing transformation in architecture, popular customs and festivals, economics, family dynamics, and social and political agency through the arrival of new residents from across the globe.

Some of the essays question the very legitimacy of the term `multiculturalism,' others examine the formation of new communities, and still others explore the changes in religious representations and the environmental effects of the tourist industry.

Together, the essays offer a compelling portrait of the changing face of contemporary Spain.