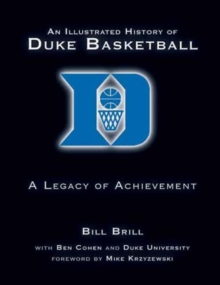 An Illustrated History of Duke Basketball : A Legacy of Achievement Hardback

With a Foreword by Coach K himself, the full history of Duke Blue Devils basketball from Dick Groat and Art Heyman to Grant Hill and J.J.

Redick. No college in America has dominated the basketball scene the way Duke has.

From the first game in 1906 to the modern ears, no team has generated more thrills and excitement to NCAA basketball than the Duke Blue Devils.

Chapters included:The PlayersGerard, Groat, and BradleyReturn to GlorySpell it KStarting a DynastyAnd much more!Through the NCAA National Championship following the 2009-10 season, 100 Seasons of Duke Basketball provides fans with an insider's look at Duke basketball and the people who have made it a national legend-Vic Bubas, Eddie Cameron, Art Heyman, Mike Krzyzewski, and many others. 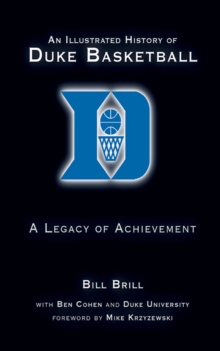 An Illustrated History of Duke...