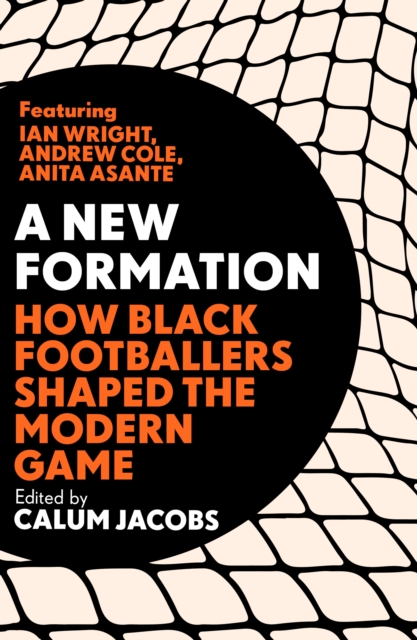 A New Formation is quite simply one of the most important football books ever written.

What we often like to imagine as the history of football has, for the most part, been written entirely through the white male gaze.

In this collection of essays A New Formation tells new stories, forgotten stories, undervalued stories, and does so with heart and humanity and humour.

It's our game, as narrated by the people who love it. - Jonathan LiewA New Formation is an exploration of the unique role that Black British footballers have played in shaping the beautiful game both on and off the pitch, an inventive and highly original analysis of the intersections between football and wider Black British culture. A New Formation is not a book about football and racism.

Jacobs and his co-contributors - including authors Musa Okwonga and Aniefiok Ekpoudom and sports broadcaster Jeanette Kwakye MBE - eschew the standard frameworks of trauma and oppression that are foisted upon Black narratives and seek to move beyond discussions of diversity, identity and representation.

Featuring interviews with legendary players such as Ian Wright, Anita Asante and Andy Cole, they draw upon broader social and cultural history to examine Black footballers in contexts larger than themselves.

By engaging with these subtler connections between football and Black cultural expression, A New Formation reveals the vibrancy and nuance of contemporary Black life in Britain.