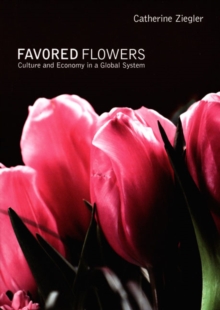 Favored Flowers : Culture and Economy in a Global System Hardback

Billions of fresh-cut flowers are flown into the United States every year, allowing Americans to choose from a broad array of blooms regardless of the season.

Favored Flowers is a lively investigation of the worldwide production and distribution of fresh-cut flowers and their consumption in the New York metropolitan area.

In an ethnography filled with roses, orchids, and gerberas, flower auctions, new hybrids, and new logistical systems, Catherine Ziegler unravels the economic and cultural strands of the global flower market.

She provides an historical overview of the development of the cut flower industry in New York from the late nineteenth century to 1970, and on to its ultimate transformation from a domestic to a global industry.

As she points out, cut flowers serve no utilitarian purpose; rather, they signal consumers' social and cultural decisions about expressing love, mourning, status, and identity.

Ziegler shows how consumer behavior and choices have changed over time and how they are shaped by the media, by the types of available flowers, and by flower retailing.

Ziegler interviewed more than 250 people as she followed flowers along the full length of the commodity chain, from cuttings in Europe and Latin America to vases in and around New York.

She examines the daily experiences of flower growers in the Netherlands and Ecuador, two leading exporters of flowers to the United States.

Primary focus, though, is on others in the commodity chain: exporters, importers, wholesalers, and retailers.

She follows their activities as they respond to changing competition, supply, and consumer behavior in a market characterized by risk, volatility, and imperfect knowledge.

By tracing changes in the wholesale and retail systems, she shows the recent development of two complementary commodity chains in New York and the United States generally.

One leads to a high-end luxury market served by specialty florists and designers, and the other to a lower-priced mass market served by chain groceries, corner delis, and retail superstores. 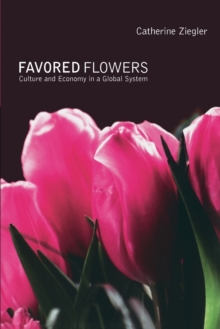