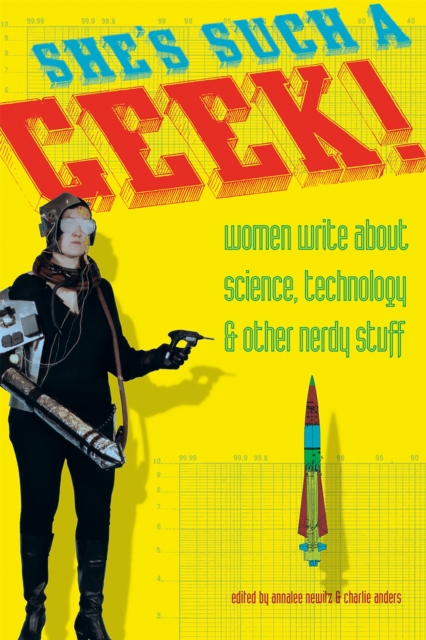 She's Such a Geek : Women Write About Science, Technology, and Other Nerdy Stuff Paperback / softback

She's Such a Geek is a ground-breaking anthology that celebrates women who have flourished in the male-dominated realms of technical and cultural arcana.

Editors Annalee Newitz and Charlie Anders bring together a diverse range of critical and personal essays about the meaning of female nerdhood by women who are in love with genomics, obsessed with blogging, learned about sex from Dungeons and Dragons, and aren't afraid to match wits with men or computers.

More than anything, She's Such a Geek is a celebration and call to arms: it's a hopeful book which looks forward to a day when women will invent molecular motors, design the next ultra-tiny supercomputer, and run the government.