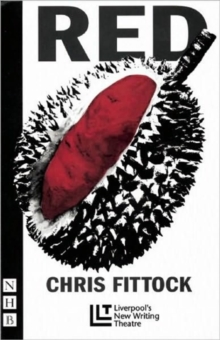 Red is a remote boy in a removed land. He has been shredded by his war and his lovers, Val and Amy - three people savagely in love.

It's the unseen, the uncontrollable that is slowly killing them all. "Red" is a startlingly poetic debut play that trawls around the basis of existence - a refreshingly powerful take on the age-old battleground: love. 'So, what I really wonder's this, soldier boy: how the hell's you got so much gift in what it takes to kill a woman?' "Red" premieres in Liverpool in a site-specific production at The Courtyard attached to the Unity Theatre, then moves to the Citz Theatre, Glasgow.

It is produced by LLT, Liverpool's New Writing Theatre, following on from their success last year with Ronan O'Donnell's play about TE Lawrence, "The Doll Tower" - also published by NHB.