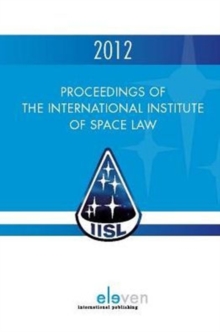 Proceedings of the International Institute of Space Law Hardback

This volume contains the proceedings of the 55th Colloquium on the Law of Outer Space held in Naples, Italy in October 2012, including the 27th IAA-IISL Scientific-Legal Roundtable, as well as the papers presented at the IISL-ECSL Space Law Symposium held on the occasion of the 51st session of the Legal Subcommittee of the UN Committee on the Peaceful Uses of Outer Space in Vienna, Austria in March 2012, and of the 7th Eilene M.

It also contains the report and best written memorials of the World Finals of the 21st Manfred Lachs Space Law Moot Court Competition. 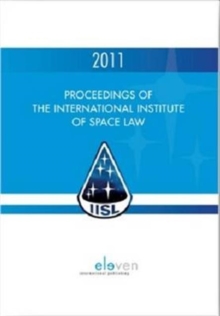 Proceedings of the International...