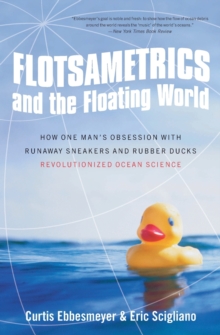 Flotsametrics and the Floating World : How One Man's Obsession with Runaway Sneakers and Rubber Ducks Revolutionized Ocean Science Paperback / softback

Curtis Ebbesmeyer is no ordinary scientist. He's been a consulting oceanographer for multinational firms and a lead scientist on international research expeditions, but he's never held a conventional academic appointment.

He seized the world's imagination as no ordinary scientist could when he and his worldwide network of beachcomber volunteers traced the ocean's currents using thousands of sneakers and plastic bath toys spilled from storm-tossed freighters.

Now, for the first time, Ebbesmeyer tells the story of his lifelong struggle to solve the sea's mysteries, and shares his most surprising discoveries.

He recounts how flotsam has changed the course of history-leading Viking mariners to safe harbours, Columbus to the New World, and Japan to open up to the West - and how it may even have made the origin of life possible.

He explores the vast floating garbage patches and waste-heaped junk beaches that collect the flotsam and jetsam of industrial society.

Finally, he reveals the music-like mathematical order in oceanic gyres and the threats that global warming and disintegrating plastic waste pose to the seas ...and to us. 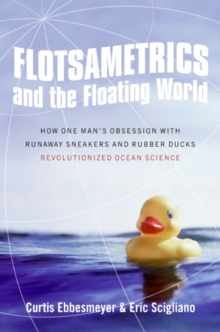 Flotsametrics and the Floating World