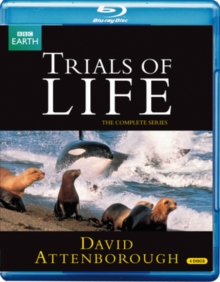 Following his previous two natural history series, 'Life on Earth' and 'The Living Planet', David Attenborough surveyed the entire animal kingdom again for this, the last series in his epic nature trilogy.

Rather than focusing on evolution or geography, this twelve-part series looks at animal behaviour itself, examining why creatures behave as they do and how they overcome problems in order to survive and flourish.

Episodes are: 'Arriving', 'Growing Up', 'Finding Food', 'Hunting and Escaping', 'Finding the Way', 'Homemaking', 'Living Together', 'Fighting', 'Friends and Rivals', 'Talking to Strangers', 'Courting' and 'Continuing the Line'.

This is the uncut version, containing the full 50-minute episodes (edited 30-minute versions were also produced).