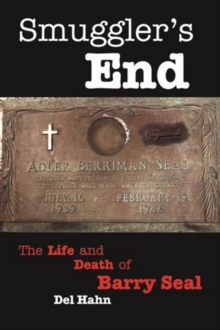 Smuggler's End : The Life and Death of Barry Seal Hardback

The truth behind the CIA/Mena Conspiracy! Notorious Louisiana drug smuggler Barry Seal made countless runs from Central America to the United States, flying thousands of pounds of cocaine and marijuana into the country and making millions of dollars.

When faced with criminal prosecution, Seal turned snitch for the DEA, but he continued to smuggle drugs into the US.

In the 1980s, it was leaked under the Reagan administration that Seal was an undercover CIA operative working with the US government to aid Nicaragua in its fight against the Sandinistas.

Seal's role in the conspiracy is large, and many FBI, CIA, DEA, and government officials are implicated in this expose.