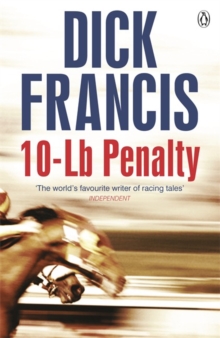 A classic mystery from Dick Francis, the champion of English storytellers. Seventeen-year-old Benedict Juliard's ambitions of becoming a steeplechase jockey are dashed when he's falsely accused of taking drugs.

For his estranged father, however, this is an opportunity. A wealthy businessman running for a parliamentary by-election in Dorset, Juliard Senior needs all the help he can get - especially when the campaign moves from mudslinging to something more deadly. Now young Benedict has to grow up fast, not only to find out who is trying to harm his father's chances of election but also to keep him alive long enough to stay in the race... Praise for Dick Francis: 'As a jockey, Dick Francis was unbeatable when he got into his stride.