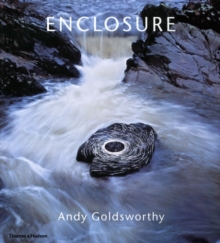 In 1995, the sculptor Andy Goldsworthy approached Cumbria County Council in northwest England with his idea of identifying a significant number of sheepfolds - stone enclosures used for assembling, sheltering and washing sheep - from old maps and reconstructing them to incorporate artworks or contain artworks.

It was a long and fraught process, but by 2006, 35 folds had been completed and these form the core of Enclosure.

Reflecting Goldsworthy's lifelong interest in the land, its history and its inhabitants, Enclosure is an exciting addition to the artist's highly successful series of books.