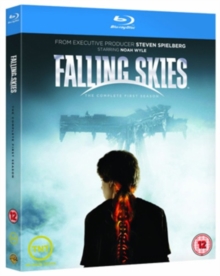 All ten episodes from the first season of the US sci-fi drama following the aftermath of an alien invasion.

Six months previously the Earth suffered an extraterrestrial attack on a global scale, which left only ten percent of the human population alive.

Now soldiers and civilians are banding together in an attempt to fight back.

Former university professor Tom Mason (Noah Wyle) is made second-in-command of the Second Massachusetts and must put all his knowledge of military history to the test to aid the cause.

Meanwhile, he hopes to find his 14-year-old son, Ben (Connor Jessup), who has been taken by the enemy and fitted with a 'harness', a device that enables the aliens to control children.