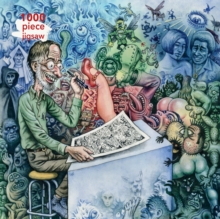 Part of the 1000-piece jigsaws series

This new jigsaw will satisfy your need for a challenge, featuring R.

Crumb's 'Who's Afraid of Robert Crumb?'. One of the leading figures of the underground comix movement, R.

Crumb's work is as distinctive as it is polarizing. The eccentric social satirist first rose to prominence in the 1960s counterculture scene, going on to be one of the most prolific and influential cartoonists of the 20th century.

Influencedby psychedelics and the cartoons of his youth, Crumb's style is an arresting blend of grotesque and nostalgic, which is only reinforced by his preoccupation with dark, often sexual, themes.

Who's Afraid of Robert Crumb?, a riotous self-portrait of the artist at work, perfectly encapsulates Crumb's singular aesthetic.This work originally featured on a poster for Crumb's exhibition of the same name at the 2000 Angouleme International Comics Festival, but was censored by the director of the festival.

This 1000 piece jigsaw is intended for adults and children over 13 years.

Not suitable for children under 3 years due to small parts. 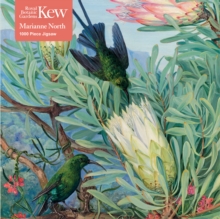 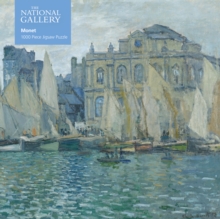 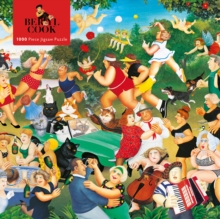 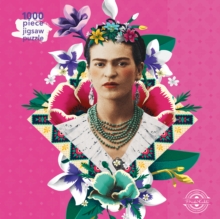