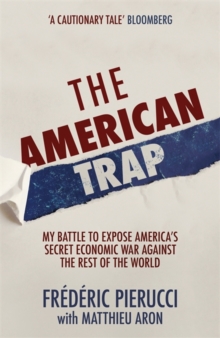 The American Trap : My battle to expose America's secret economic war against the rest of the world Paperback / softback

In 2014, France lost part of the control of its nuclear power plants to the United States.

Frederic Pierucci, former senior executive of one of Alstom's power company subsidiaries, found himself at the heart of this state scandal.

His story goes to the very core of how he plotted the key features of the secret economic war that the United States is waging in Europe. And after being silenced for a long time, he has decided, with the help of journalist Matthieu Aron, to reveal all. In April 2013, Frederic Pierucci was arrested in New York by the FBI and accused of bribery.

The US authorities imprisoned him for more than two years - including fourteen months in a notorious maximum-security prison.

In doing so, they forced Alstom to pay the biggest financial penalty ever imposed by the United States.

In the end, Alstom also gave up areas of control to General Electric, its biggest American competitor. Frederic's story unpacks how the United States is using corporate law as an economic weapon against its own allies.

One after the other, some of the world's largest companies are being actively destabilised to the benefit of the US, in acts of economic sabotage that seem to be the beginning of what's to come... 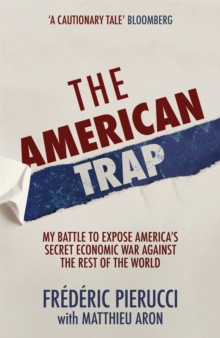