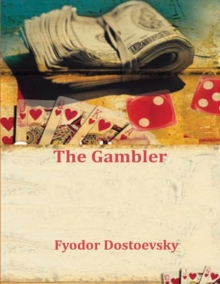 The Gambler paints a stark picture of the attractions-and addictions-of gambling. Using skillful characterization, Dostoevsky faithfully depicts life among the gambling set in old Germany. This probing psychological novel explores the tangled love affairs and complicated lives of Alexey Ivanovitch, a young gambler, and Polina Alexandrovna, the woman he loves.

Fyodor Mikhaylovich Dostoevsky was born in Moscow, the son of a surgeon. Leaving the study of engineering for literature, he published Poor Folk. As a member of revolutionary circles in St. Petersburg, he was condemned to death. A last-minute reprieve sent him to Siberia for hard labor. Returning to St. Petersburg, he worked as a journalist and completed his masterpiece, Crime and Punishment, as well as other works, including The Idiot and The Brothers Karamazov.