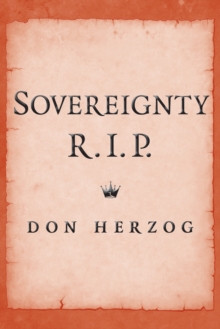 Has the concept of sovereignty outlived its usefulness?

Social order requires a sovereign: an actor with unlimited, undivided, and unaccountable authority. Or so the classic theory says. But without noticing, we’ve gutted the theory. Constitutionalism limits state authority. Federalism divides it. The rule of law holds it accountable. In vivid historical detail—with millions tortured and slaughtered in Europe, a king put on trial for his life, journalists groaning at idiotic complaints about the League of Nations, and much more—Don Herzog charts both the political struggles that forged sovereignty and the ones that undid it. He argues that it’s no longer a helpful guide to our legal and political problems, but a pernicious bit of confusion. It’s time, past time, to retire sovereignty.