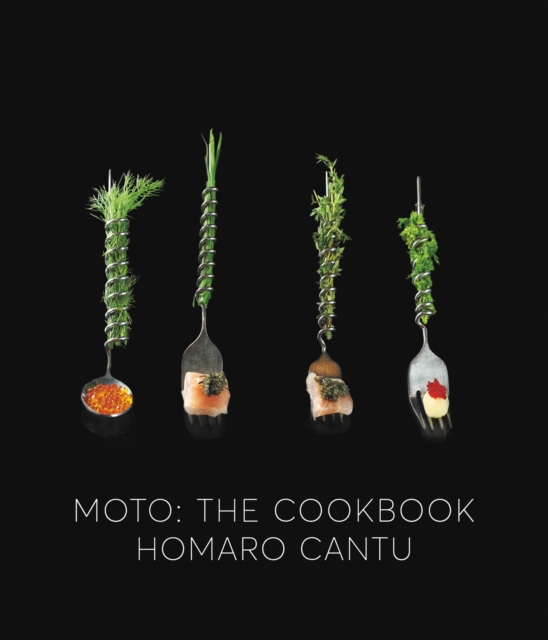 MOTO : THE COOKBOOK is Homaro Cantu's magnum opus. The definitive cookbook from a culinary genius. The world renowned Michelin Star restaurant Moto is home to the ultimate meeting of art and science with dishes that hold the world's imagination.

From edible paper menus that richly taste of the foot picture to carbonated fruit to small table-top boxes that cook fish before the guests eyes, the restaurant reimagines what food is. Homaro's unexpected death in April 2015 shocked the culinary world and brought light to Homaro's unique story.

He grew up homeless and later became a drug addict. Through hard work in the kitchen of the legendary Charlie Palmer, Homaro found his calling.

MOTO: THE COOKBOOK represents the decade he ran the restaurant - 2004 until 2014 - with ten inventive dishes from each year.

The book includes hundreds of incredible photographs and stop motion video of every recipe, animated with sophistication and allure.