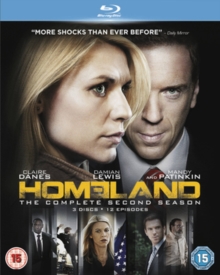 All 12 episodes from the Emmy award-winning second season of the US drama about a CIA officer determined to prove that a returned hero is actually an al-Qaeda mole.

With his former accuser CIA agent Carrie Mathison (Claire Danes) returned to civilian life, US Marine sergeant Nicholas Brody (Damian Lewis) is trying to adjust to life as a newly-elected US congressman.

But when it emerges that the al-Qaeda linchpin Abu Nazir (Navid Negahban) is planning a major terrorist plot, Carrie and Brody discover that their paths are fated to cross once again.