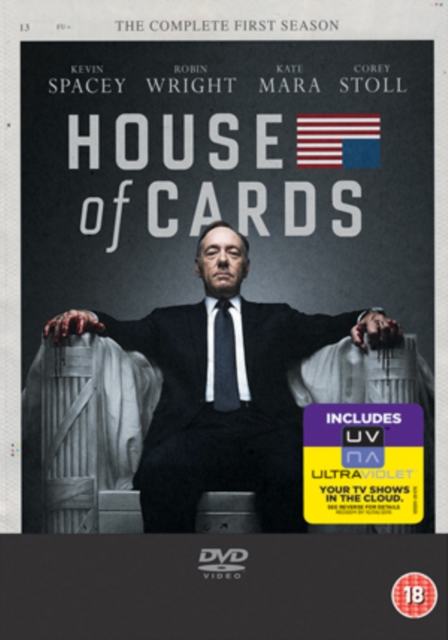 All 13 episodes from the first series of the award-winning political drama starring Kevin Spacey.

Based on the novel by Michael Dobbs and the subsequent BBC adaptation of the book, the series follows Francis Underwood (Spacey), the House Majority Whip who, despite his position of authority, is gravely dissatisfied.

Fuelled by a sense of ambition matched and encouraged by his wife Claire (Robin Wright), Francis ultimately wants to be president and is embittered by the fact that he has recently been denied a promotion.

Armed with an arsenal of political secrets to equal anyone in Washington, Francis sets out to scheme and blackmail his way to the top.