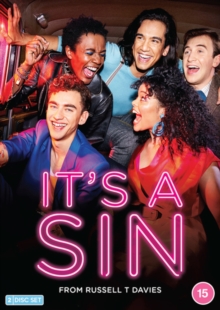 It's a Sin DVD

British drama miniseries set in London during the 1980s at the onset of the AIDS crisis.

However, as a mystery illness gathers pace they each suffer identity crises as they try to make sense of what is going on around them.