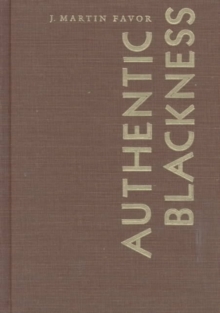 Authentic Blackness : The Folk in the New Negro Renaissance Hardback

What constitutes "blackness" in American culture? And who gets to define whether or not someone is truly African American?

Is a struggling hip-hop artist more "authentic" than a conservative Supreme Court justice?

In Authentic Blackness J. Martin Favor looks to the New Negro Movement-also known as the Harlem Renaissance-to explore early challenges to the idea that race is a static category. Authentic Blackness looks at the place of the "folk"-those African Americans "furthest down," in the words of Alain Locke-and how the representation of the folk and the black middle class both spurred the New Negro Movement and became one of its most serious points of contention.

Arguing that each of these writers had, at best, an ambiguous relationship to African American folk culture, Favor demonstrates how they each sought to redress the notion of a fixed black identity.

Authentic Blackness illustrates how "race" has functioned as a type of performative discourse, a subjectivity that simultaneously builds and conceals its connections with such factors as class, gender, sexuality, and geography. 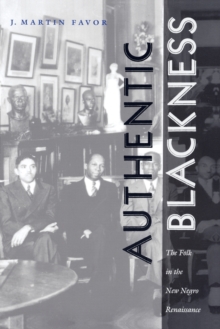