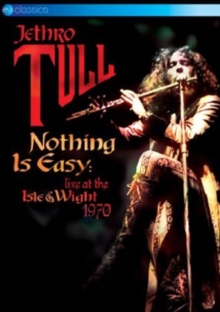 Jethro Tull: Nothing Is Easy - Live at the Isle of Wight 1970 DVD

Jethro Tull formed in the late 1960s and released their debut album 'This Was' in 1968.

They have been touring and recording almost constantly since and have registered number one albums on both sides of the Atlantic.

The set was drawn from across their three albums and features tracks such as 'My Sunday Feeling', 'Bouree', 'A Song for Jeffrey' and 'Nothing Is Easy'.