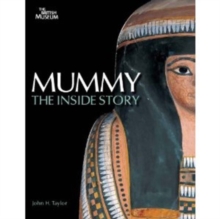 Mummy: The Inside Story Paperback / softback

Egyptian mummies are perennially popular with visitors to museums but what is their relevance in the twenty-first century? And what can we learn from the study of these ancient remains?

Mummies are an unparalleled source of scientific data, addressing a host of questions about life in one of the most highly developed societies of the ancient world.

Although the ancient Egyptians left many written records, these tell only part of the story, and researchers rely heavily on human remains to complete the picture.

These throw light on many important issues about which the inscriptions are often silent: physical anthropology, family relationships, life expectancy, nutrition and health, disease and the causes of death.

They also of course provide a unique insight into the fascinating and complex processes of mummification; including not only the artificial preservation of the corpse, but also the ritual elements which played such an important part: the placing of amulets, the putting on of wrappings and the equipping of the body with religious texts and images. For many years, the only way to extract this data from Egyptian mummies was to unwrap them a process both destructive and irreversible.

Then, the advent of modern non-invasive imaging techniques X-rays and Computerized Tomography (CT) scanning made it possible to look inside a mummy without disturbing the wrappings in any way.

Now this technology has advanced still further. Thanks to the latest computer-generated images, we are able to perform a virtual unwrapping of a mummy and to embark on a journey within the body, visualizing every feature and amulet in 3D.

The subject chosen for this ground-breaking experiment, the priest Nesperennub, has been one of the British Museums treasured exhibits for over a hundred years.

His beautifully painted mummy-case has never been opened since it was sealed up by embalmers on the West Bank at Thebes shortly before he was buried, but now after 2,800 years technology has unlocked its secrets.

This book takes the reader on a journey of discovery, gathering information about Nesperennub from a variety of sources. First, his place in history and his role in Egyptian society are pieced together from the inscriptions the formal record of his life which was intended for posterity.

Then the 3D technology makes it possible to enter the mummy case and to explore the body, collecting data about Nesperennub as a person, seeing his face, assessing his health, and looking over the shoulders of the embalmers as they prepared him for eternal life. 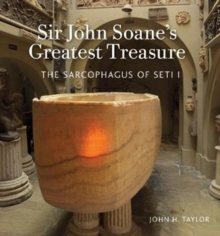 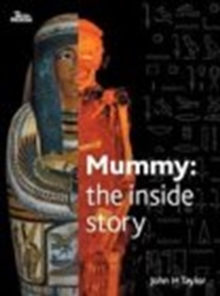 Mummy: The Inside Story 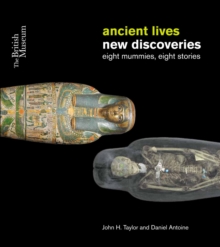 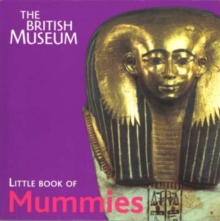 The British Museum Little Book of...