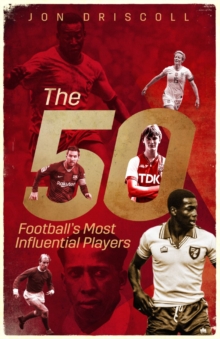 The Fifty tells the story of football through its best and most influential players, from the 19th century to the modern day.

Most of the 50 are household names - Pele, Charlton, Maradona, Jimmy Hill, Matthews, Best, Zidane and Messi - and those who aren't certainly deserve to be.

There's Lily Parr, a Woodbine-smoking behemoth of the women's game who is more famous now than when she died.

Then there's Robbie Rogers, the second male footballer in Britain to come out as gay.

Though Rogers wasn't a great player, his story will restore some faith after Justin Fashanu's appalling experiences as a gay footballer in the 1980s.

Similarly, Jean-Marc Bosman made an indelible mark, not on the pitch but through the courts, changing the way footballers are treated forever.

It's not about the stats, tactics or managers - this is the players' story, from war heroes and match-fixers to superstars and an African president.