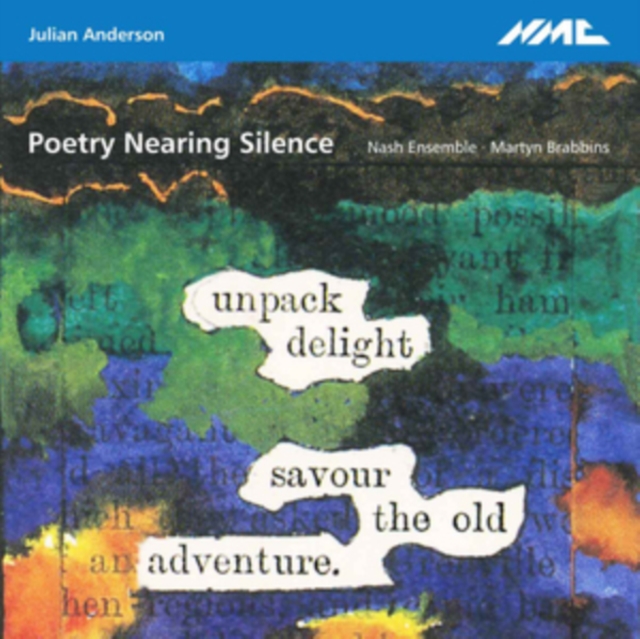 This album focuses on Anderson's chamber music. The earliest piece, 'Ring Dance', written in 1987 and the most recent, 'Van Gogh Blue', in 2015. Three of the works on the album, 'Poetry Nearing Silence', 'Prayer' and 'Van Gogh Blue', were originally composed for the players of the Nash Ensemble, one of the leading chamber ensembles and champions of British new music. Anderson is a master of evocative titles. 'Van Gogh Blue' is inspired by numerous letters from the artist to his brother Theo. The colour blue was a particular and now famous obsession of his. 'The Bearded Lady' reflects of the story of 'Baba the Turk', 'Ring Dance' is influenced by the timbre of the hardanger, a resonant Norwegian folk fiddle. The album title track 'Poetry Nearing Silence' - a suite in eight movements - is inspired by an unusual book of drawings and poems by the artist Tom Phillips entitled 'The Heart of a Humument'. Also on the album are two related solo works, 'Prayer' for viola (Lawrence Power) and 'Another Prayer' for violin (Benjamin Nabarro).